How does bitcoin mining work?

In 1849, prospectors from around the country packed up their wagons and pickaxes and flocked to Northern California amid reports of a new gold rush. As they made the exhausting trek to the Sacramento Valley, they envisioned walking home with pockets full of real gold nuggets – something that would change their fortunes for life. However, few "struck it rich," despite $2 billion worth of gold being extracted in total. For many, the payoff ultimately wasn't worth the work and energy put in. But for others, the risky gamble paid dividends for generations to come, as all it took was once lucky strike to make the dangerous trip worth it.

In 2009, a new kind of "gold rush" was launched. This time, however, there'd be no physical journey, covered wagons, or swings of a pickaxe. All you'd need to embark on this quest was some expensive computer equipment, technological savvy, and patience.

Bitcoin, if you're unfamiliar, is a digital, decentralized cryptocurrency created by Satoshi Nakamoto. Nakamoto, whose real identity is unknown, created the code to serve as the foundation for a new currency.

In the early stages, the value of one bitcoin was fractions of a cent. A year later, a man bought two pizzas for 10,000 BTC (Bitcoin), which signaled the first official transaction. Little did he know that his initial purchase would be worth over $347 million just 12 years later…

For some, this was reminiscent of the "speculative bubble" of tulipmania in the 17th century Netherlands. Tulips were a perceived sign of status and shot up in value due to people thinking that they had immense value. At one point, tulips sold for 10,000 guilders, which was enough to buy a mansion. Bitcoin works in a similar manner. The value comes from the fact that people think it has value, much like baseball cards. If people weren't interested in baseball cards, there'd be no way an autographed card would sell for much.

While some initially struggled to grasp the concept, Bitcoin had a huge appeal for those reeling from the recession and financial crisis happening at the time. For those who'd become distrustful of central governments and banks, Nakamoto's use of "blockchain" technology was highly appealing.

A blockchain is a living ledger, or in other words, a continuous, uneditable list that records every transaction that takes place. The goal is to place accountability in the hands of the public, rather than a central bank or government. Proponents of Bitcoin (and other cryptocurrencies) argue that this adds safety, transparency, and independence from the fluctuating value of traditional (fiat) currency.

In the early days of Bitcoin, Nakamoto set up a fixed number of bitcoins (21 million) that existed in his code. He wanted to design it similar to actual gold, which derives value from the fact that there's a limited supply of it in the world. While governments can print money (thus driving up inflation), Bitcoin draws its value from supply and demand.

You can either obtain bitcoin through bitcoin mining, or purchase it via regular (fiat) money. For the purposes of this blog, we'll be focusing on how to acquire it through the former. What is Bitcoin Mining?

Mining for Bitcoin might sound like a treasure hunt, but it's more complicated than simply "digging for gold." And unlike the Gold Rush of 1849, Bitcoin miners are part of an efficient process, not a wild good chase.

In the most simple terms, Bitcoin mining is a.) a way that new bitcoins "minted," or, put into circulation, and b.) "the process of verifying and recording new Bitcoin transactions" (per The Balance). Even though Bitcoin is a decentralized currency, there's still a need for verification so that fraud or theft doesn't occur.

And as a reward for doing the tricky technical work of verifying, "miners" are rewarded via Bitcoin. It's a pretty good incentive, as miners receive 6.25 Bitcoin (BTC) for their work, which as of today is worth around $238,000. In that sense, it is quite comparable to the California Gold Rush, as the first to verify the transaction gets the reward.

Due to a process called "halving" (designed by Satoshi Nakomoto), the number of bitcoins issued every ten minutes is cut in half every four years. For the first four years, 10 minutes of mining would yield 50 bitcoins. Today, 10 minutes of mining will yield one bitcoin. In this process, the reward for miners also drops. When the 2020 "halving" occurred, the reward for mining dropped from 12.5 BTC to 6.25 BTC. By 2024, the reward will be 3.125 BTC. This is an integral part of capping the system's supply at 21 million.

Though Bitcoin is decentralized and designed not to be controlled by a single entity, it still needs some level of administration to avoid corruption and chaos. Bitcoin miners serve as the de facto "checkers" of the system to keep it accountable and efficient.

Can Anyone Be A Miner?

Anyone can be a miner, but you must have a fundamental understanding of the blockchain and the technological skill / resources. As mentioned before, the blockchain records transactions. Once a certain amount of transactions have been recorded, the block is added to the overall chain (hence "blockchain") and public ledger.

As a recent Forbes article put it: "Since these blocks are heavily encrypted, they're sort of like complicated math puzzles that only powerful compute-capable hardware can solve…The process of solving the math puzzles on these blocks and adding them to the public blockchain (think of it as a ledger) is roughly what mining is."

Let's clarify that these mining rigs aren't doing Calculus level work. Instead, they're trying to "guess at" a 64 digit hexadecimal number (hash) that matches up with the target hash number.

The Importance of Miners

The infrastructure of Bitcoin absolutely depends on miners. The verification work they do isn't just a simple check-off, but rather a thorough "audit" into the transactions that are going on. The goal is to prevent a phenomenon called "double spending," in which someone might try to illegally copy a bitcoin and use it twice. Think of it this way: if you hand someone a physical coin, you no longer have it. But when the transaction is digital, it makes it much harder to verify if that coin was actually given up.

If there were no miners, the system would fall apart. The process of confirming transactions and bringing new bitcoins into circulation is crucial – a big reason why the reward is so massive and incentivized for devoting time to mining.

To solve these complex equations, miners use advanced, high-powered computers. This group of computers is called a "mining rig." Your rig should have:

For those wanting more efficiency, you can join a "mining pool" to tag-team and verify transactions at a quicker rate. The rewards are less overall (given that they're shared), but more frequent. In fact, it's almost impossible to mine on your own in 2022. At the start of Bitcoin in 2009, you could mine 200 BTC in a few days. But by 2014, that number had dwindled, prompting the creation of ASIC computer miners. Per Investopedia, "An ASIC miner refers to a computerized device or hardware that uses ASICs for the sole purpose of "mining" digital currency."

It's important to note that mining rigs run constantly throughout the day, thus requiring lots of time & energy-use, and therefore lots of money. Many believe the Bitcoin rewards will justify the setup costs, but it's important to note the inherent costs of getting into Bitcoin (or other cryptocurrency) mining in the first place.

Fortunately you don't have to be actively tinkering with anything at your computer, making it a somewhat passive process once set up. Once you're set up with the mining software of your choice, you press a button and let your rig start solving these equations.

Miners typically want to have a good "hashrate," which is "how much computing power is being used by a network (for example, the Bitcoin network) to process transactions," according to Robinhood.

In short, you don't have to possess expert-level technology skills to participate in bitcoin mining, but be aware that there's both a learning curve and monetary effort required. 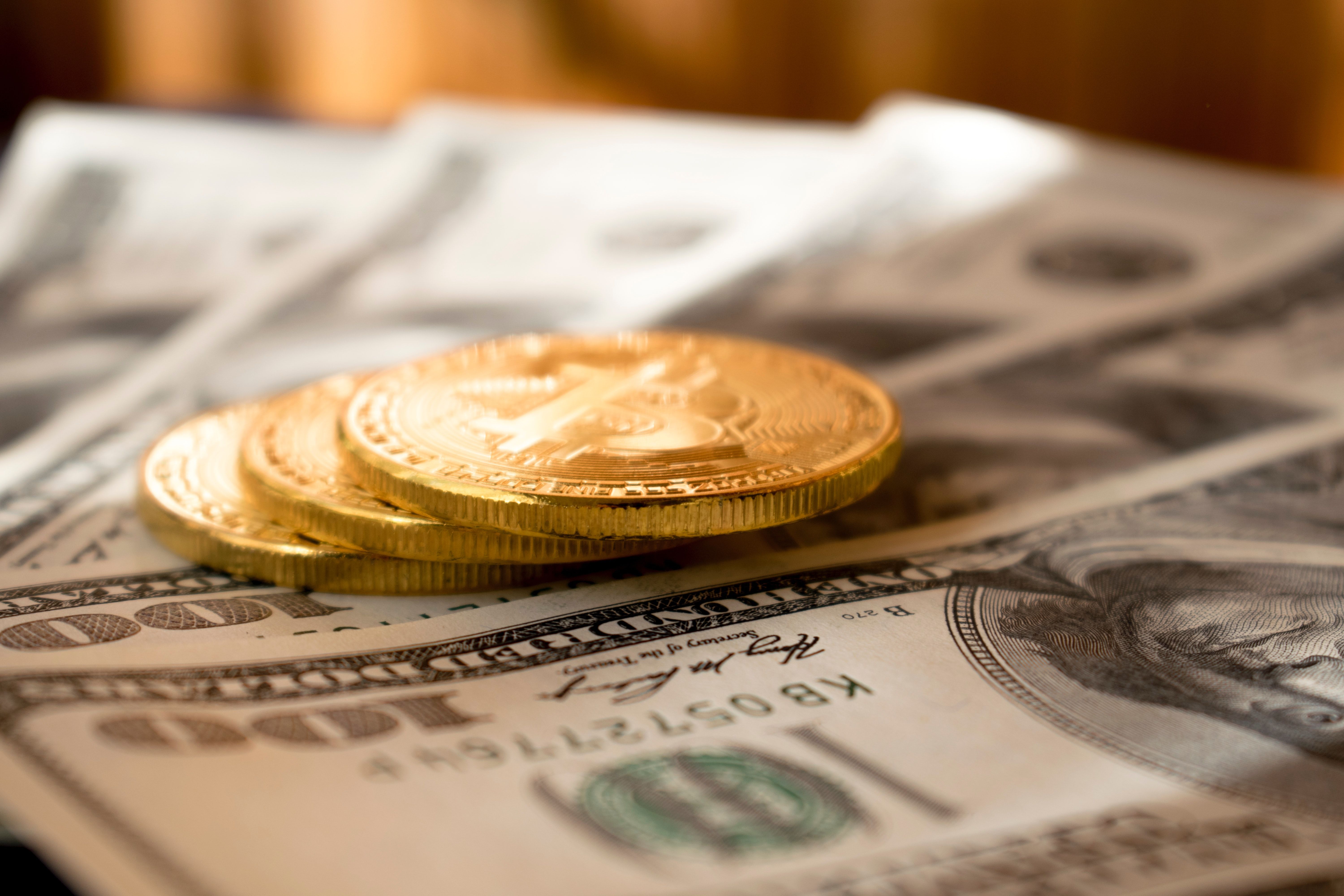 The sheer amount of energy used in Bitcoin mining has raised resource concerns, and called into question its long term viability. Though there eventually won't be anymore bitcoins to mine, the whole infrastructure still requires immense computing power.

A single Bitcoin transaction, per PC Magazine, uses 2292.5 kilo-watt hours, which translates to 78 days of use by the average American household. Given the current state of the world's energy following the Ukraine-Russia war, energy-related costs are going to have an impact on everything, from commuting to air travel to operating technology.

That said, it's only an ecological problem if it depends on an environmentally unfriendly source. If there was a way to operate mining rigs via cleaner, renewable energies, it would minimize the carbon footprint of sustaining these cryptocurrencies. The Crypto Climate Accord wants to run all blockchains on renewable energy by 2025.

In the meantime, the energy cost/benefit analysis is something to consider for those interested in venturing into the world of Bitcoin mining.

Is it worth it?

Ultimately, that question can only be answered by each individual's long-term financial goals. If you're willing to put the time, effort, and energy into it, bitcoin mining isn't impossible to get into. That said, it's by no means an easy process, as it is quite competitive. (It should also be noted that income and profits gained from Bitcoin are taxable.)

Nowadays, it takes 10 minutes to mine a single block of bitcoin. However, there are thousands of other miners competing as well, making it increasingly harder for just one person with one rig to reap the rewards, hence why many opt to join those aforementioned mining pools.

The good news is that (at least for the time being), miners are an essential part of the entire infrastructure of Bitcoin. The system was designed to make it harder and harder to obtain bitcoin as the years progressed (many project the last bitcoin won't be mined until the year 2140). While mining has become less common due to newer ways to obtain bitcoin, such as a cryptocurrency exchange, it's still a viable outlet and only takes some basic research and practice to get involved in.