The scientific benefits of generosity

Imagine walking into your biology class and your professor announcing that today's experiment will be on generosity and giving.

Generosity and Science don't seem like they belong in the same sentence. Can generosity be dissected in a lab? Is there a way to empirically measure how kind someone is? Is it just pseudoscience to believe generosity actually impacts our wellbeing?

It may seem strange to look at giving, a more "intrinsic" idea, from a scientific lens. But recent research has proven that giving is great for our health on a physical, emotional, and neurological level.

On the contrary, science shows that we're wired to give. The saying "it's better to give than receive," isn't just a cute sentiment. We actually gain more when we give, which seems paradoxical.

Even though giving ultimately isn't about us reaching peak fulfillment, let's unpack some of these vast benefits in-depth.

In 2016, "Stressed Out," by Twenty One Pilots peaked to the top of the Billboard Top 40. "Wish we could turn back time, to the good old days…when our momma sang us to sleep.
But now we're stressed out," sings frontman Tyler Joseph, with a tinge of helplessness in his voice.

The song resonated with many, probably because as a society we are stressed out. "How's it going, man?" "Ughhhh, just sooo stressed out at work." Sound familiar?

It's easy to dismiss stress as just another casual byproduct of overwork, but The American Psychological Association called stress a "national mental health crisis." That's serious business. A 2019 article from the New York Times found that Americans are among the most stressed people in the world – and that was from a survey taken before COVID-19.

Beyond that, stress has been linked to high blood pressure, which in turn can cause heart issues. As it stands, heart attacks and heart disease are the top causes of death in the United States. We tend to be reactive as opposed to proactive, so finding out root causes of diseases and illnesses before they happen is crucial.

There are plenty of ways to reduce stress - some of which are more helpful than others – but we don't often think of generosity as a means of lowering our stress levels.

A study done in 2015 found that performing daily acts of kindness lowered stress levels in participants. When they didn't practice generosity, their stress levels went up. That's because generosity increases levels of serotonin, dopamine, and oxytocin – chemicals in our body that help regulate mood and happiness.

One of the biggest strains on our mental health is anxiety, which is linked to stress. In another New York Times article published during the start of the pandemic, Wharton psychologist Adam Grant was quoted as saying: "​​There is a lot of evidence that one of the best anti-anxiety medications available is generosity." He also brought up the point that it's not always super expensive to give.

We might associate giving with writing a check or forking over a huge sum of money, but generosity entails listening, empathizing, and caring for others with our time, effort, and energy.

Stress and anxiety often narrow our vision to only see problems around us. But when we step outside of ourselves and lend a hand, it boosts our own mood and mental state as well.

Who doesn't want to feel good? Seemingly every part of our society is geared towards making us feel better, yet many of us are chronically unhappy.

In their groundbreaking book, The Paradox of Generosity, sociologists Christian Smith and Hillary Davidson researched, tracked, and interviewed individuals' spending habits over a five year period. Here are some of their wild findings:

-41% of Americans who donated 10% of their incomes said they never or hardly ever experienced depression.

-Those who were in giving relationships or practiced hospitality were more likely to be in "excellent health" than those who did not.

However, author Christian Smith emphasized that to reap the benefits of feeling good, generosity must be woven into our daily rhythms.

"It has to be a practice, it has to be something that is sustained over time, that people engage with regularly. One-off things just don’t affect us that much, whereas things that we repeat, things that are sustained in our bodily behaviors and in our minds, have tremendous effects on us," he said in an interview with The New Republic.

Smith's findings make sense. As we just touched on, generosity has proven over and over to release feel good chemicals in our body. But we can't just do it to chase a high. It has to be an organic process, otherwise we don't get the same benefits.

"You can’t cynically try and look to get [an] effect," Smith said. "We have to learn just to be generous people."

Life expectancy in the U.S. is 78.7 years – not exactly what you'd expect from one of the most modern countries in the world. In response, many have scrambled to improve their quality of life and eek out a few more years here on earth.

Fad diets, exercise regimens, and miracle pills all promote longevity. Dr. Eric Plasker, a famous chiropractor, touts the "100 year lifestyle." He claims that more and more people are living to be centenarians by taking better care of their bodies.

Human beings have been obsessed with living longer for centuries. Take the famous quest for the fabled Fountain of Youth, for instance.

Can giving really extend our lives? Once again, science says yes. (Obviously there are other factors in play in an individual's circumstance, but the premise remains the same).

Other research has shown that volunteering or helping others can lower hypertension by over 40% and reduce cholesterol and inflammation levels.

That's a huge breakthrough in a society with prevalent heart issues. Beyond that, with Alzheimer's projected to increase to 3.3% of the population by 2060, staving off dementia is also a huge boost to longevity.

For years, many schools of thought proposed that the brain was programmed a certain way and there wasn't much else you could do about it. Yet recent breakthroughs in neuroplasticity shows us that the brain has an ability to "change and adapt as a result of experience," per VeryWellMind.

That's huge, and reaffirms that an act of giving has profound impacts on your brain.

What's really going on in your brain when you give?

As it turns out, giving or helping others activates the mesolimbic pathway, also known as the "reward" pathway. Dopamine, a neurotransmitter with many functions (including reward), is released from the mesolimbic pathway, and regulates motivation and desire. This positive brain function could be a contributing factor to overall cognitive longevity.

Empathy Inside my D.N.A.

In a recent Scientific American podcast, social psychologist Liz Dunn discussed an experiment where people were given money to either keep for themselves or give to others. The results were somewhat surprising:

While giving isn't intended to only benefit us, it makes us feel good and builds connections with others. This warm glow effect, as it's called, "activates regions of the brain associated with pleasure, social connection, and trust," per an article from UC Berkeley. Giving also is linked to "less anxiety, less helplessness and hopelessness, better friendships and social networks."

In other words: it builds empathy and helps us to better understand perspectives of those around us.

It can also strengthen the connection of those closest to us. If you're married or in a serious relationship, you know that there's a level of sacrifice required. It can't always be his way or her way, but rather room must be left for compromise and understanding. In a healthy relationship, both sides give to and help one another.

A study in the Journal of Marriage and Family studied the impact of generosity on the quality of a marriage. They defined generosity as "giving good things to [one’s spouse] freely and
abundantly."

The study cited research suggesting that altruism is linked to a sense of satisfaction; in other words, giving feels good. This may especially be the case for giving to one’s spouse. Furthermore, a study on sacrifice suggested that sacrifice for a romantic partner benefited both the giver and the receiver (Kogan et al., 2010). "

Though some may answer the why behind sacrifice differently, the proof is in the pudding. Generosity benefits both giver and receiver, and, as we like to say at Overflow, "the world of the generous gets larger and larger."

Science is revealing the benefits of generosity more and more as research on it expands. This is obviously a non-exhaustive list, but just a window into how research aligns with what many have been saying for centuries: giving is the secret to happiness.

Though there are obviously more meaning-driven reasons to give, this is just a further reminder that we're hardwired to give, we can measure the effects of giving, and time and time again produces a positive physiological effect on us.

If for no other reason, give because it's good for you. 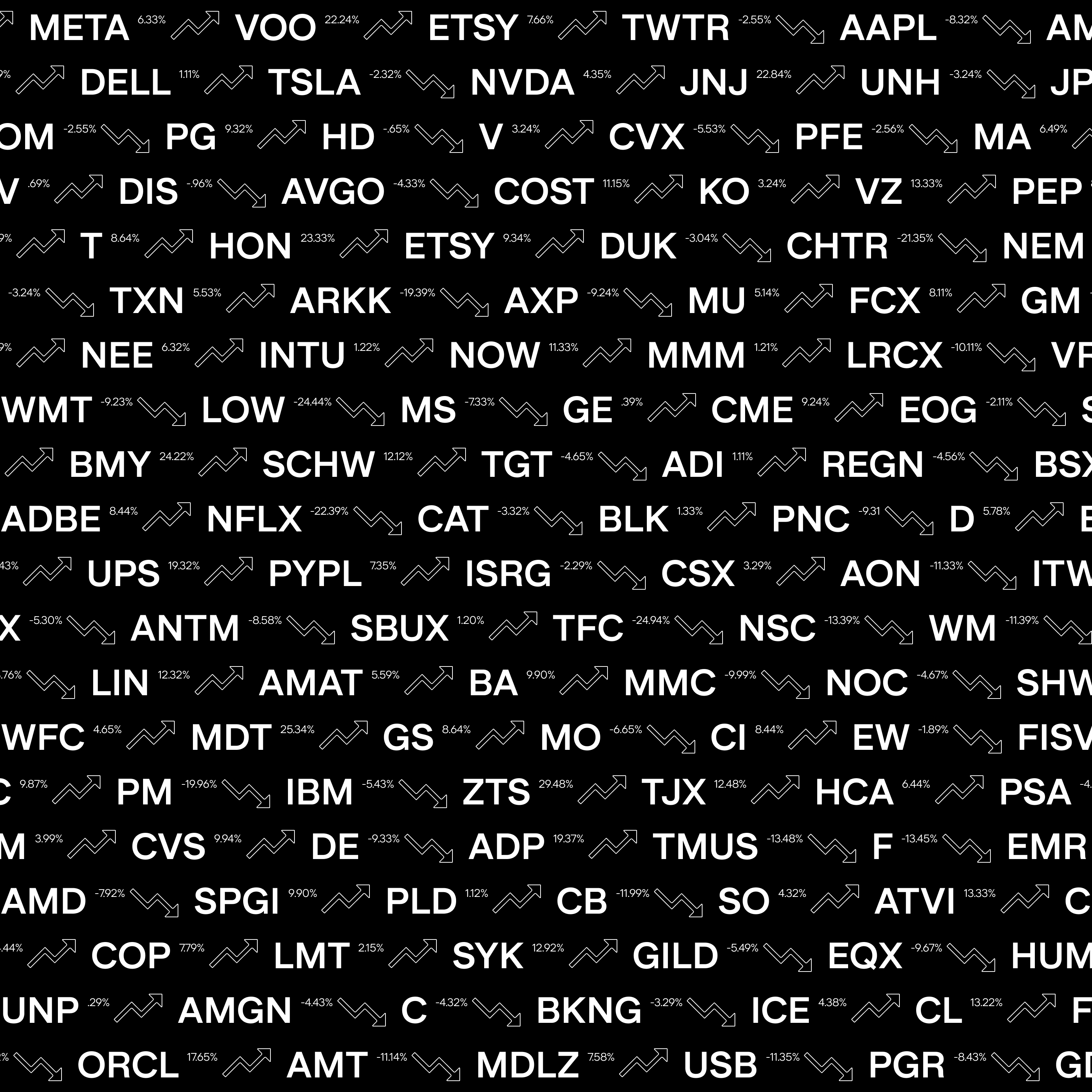 Your members want to donate stock, so why won't you let them?