21 of our favorite generosity quotes

In a culture like we're living in today, it's refreshing to remember that most people subscribe to the idea that it's "better to give than receive."

For example, people around the world have leveraged everything they have to assist refugees at the Ukraine border.

Others have paid off people's debt or medical bills during the pandemic. Even the seemingly small act of buying someone else's coffee at Starbucks reminds us we're better together, and better when we give open-handedly.

Generosity is a huge part of our society, but don't take our word for it. Here are some of our 21 favorite takes on giving:

1) "The real issue in life is not how many blessings we have, but what we do with our blessings. Some people have many blessings and hoard them. Some have few and give everything away." - Fred "Mister" Rogers.

Who doesn't love Mr. Rogers? The amiable children's TV show host reminds us here that those with the least often give the most.

2) "Attention is the rarest and purest form of generosity."- Simone Weil.

Giving doesn't always mean forking over some cash or a gift. Often people just want to be listened to and seen. Even something as simple as a smile or warm hello can go a long way.

3) "You cannot do kindness too soon, because you never know how soon it will be too late." - Ralph Waldo Emerson

The poet you likely studied in middle school dropped some profound nuggets of wisdom throughout his life. Here's another one: no day is guaranteed, so why wait to be generous and kind? You don't need a "battle plan" to express kindness – just be kind.

It's funny that our wage is called our "living," as our salaries are just means to an end of truly living. And often the way we come alive the most is by giving, as Churchill noted here.

5) “Beyond blessed I am, and that’s why I give it back to anyone that’s around me in my presence!" - LeBron James

The Lakers superstar has epitomized this quote off the court, pouring a significant amount of time and resources into the I Promise School, a charter school for impoverished children that sets them up on a pathway to college. This has echoes of scripture found in Luke 12:48, which says "“from those to whom much is given, much is expected.”

6) "A little consideration, a little thought for others, makes all the difference.” -Eeyore

If you've ever seen Winnie the Pooh, you know Eeyore is not the most chipper donkey. Yet even the often down-in-the-dumps Eeyore recognizes the value of the seemingly "little" acts. Giving doesn't have to be massive or headline-grabbing. It's often the little, unexpected acts that make people smile the most.

The famous couch for whom an ESPY award is named after was known for urging his players to never give up. Despite a vicious bout with cancer, Valvano lived with a mindset that anything was possible, and no dream was too big. If you have ambitions to change the world with your generosity, lean into that dream. What starts as a small flicker can be fanned into a flame with perseverance and dedication.

If anyone knows generosity, it's Oprah. After growing up extremely poor in Mississippi, Winfrey had all the reason in the world to hoard and safeguard her wealth after becoming a billionaire talk show host. Instead, Winfrey's success grew the more she gave. She is now known as one of the most charitable women in the world, and has given more than $240 million to various charities and nonprofits over the last few years.

9) "I have found that among its other benefits, giving liberates the soul of the giver." - Maya Angelou

The "benefits" of giving are not always monetary. Even if you never get back what you put in, your soul becomes more free and at ease the more you let go of your tight grip of money.

It's easy to get discouraged when we don't see the "fruit" of our giving. But New Testament author Paul reminds us here that a harvest is coming, whether we can see it on the horizon or not. Generosity is one of the best seeds we can plant, even if it seems counterintuitive to our "win now" culture.

11) "Never hesitate when you have an impulse toward charity." - Mark Manson

Popular self-help author Mark Manson reminds us to lean into that initial impulse to give. If we hesitate or overthink it, we'll likely never give. There'll always be a reason why we "can't right now." But if you have the time, means, and intention, be like Nike and "just do it!"

This quote could apply to so many areas of life. For instance, we've squeezed what we can out of the earth without being mindful of what we're replanting back into the soil. With a mindset of mutually giving, we can live out of overflow and abundance instead of scraping for leftovers that have already been taken.

The renowned theologian John Wesley was known for many poignant sayings, but is arguably the most powerful. It's a potent reminder to infuse goodness into every space of our lives by leveraging our whole self and whatever means we have. Not just today, not just tomorrow, but for our whole lives.

14) "I do not believe one can settle how much we ought to give. I am afraid the only safe rule is to give more than we can spare." - C.S. Lewis

The great theologian, writer, and academic hits the nail on the head here. Yes, any giving is significant, but there's a difference when you give out of a huge abundance and when you give something you really could've used for yourself. The reality is most of the time we don't have a huge surplus to give. Feeling the weight of our gift cultivates empathy and creates a habit of giving no matter what season you're in.

In a culture obsessed with being famous or influential, MLK offers a different take. We may not have the talent or charisma to be a movie star or athlete, but we can always serve and always give. For Dr. King, that's true greatness.

The famous Lebanese writer reframes giving beyond just the material. Any of us can write a check to a charity or send a GoFundMe donation, and those are incredibly kind acts. However, if we only give resources, we only experience one kind of "detached" giving. Showing up to offer our time, our attention, and our abilities brings us even closer to the causes we care about most.

17) "But when you give to the needy, do not let your left hand know what your right hand is doing," Jesus, Matthew 6:3

Though it may be well-intentioned, drawing attention to your gift or donation makes it about you, not the cause. Jesus instructs his followers to give blindly and anonymously, without any fanfare, as ultimately the point isn't to pat ourselves on the back or feel better about ourselves. It's about giving and meeting someone's need, which Jesus says doesn't go unrewarded on an eternal level.

18) “It requires neither time nor money to be kind.” - Cathy Burnham Martin

Kindness is free. You may be a cash-strapped millennial inundated with school and work responsibilities, wondering how you can help. But generosity doesn't have to be a project or donation.

We said at the beginning that it's better to give than receive. Yet what you'll start to find is that the more you give, the more rich your life becomes. To be clear, that doesn't mean the point of giving is to get. Nor does it mean you'll get an instant ROI just because you donated or helped a friend out. However, the world of the generous gets larger and larger, so it's almost inevitable that you'll benefit both intrinsically and monetarily.

"Kid President" Robby Novak, (who's technically no longer a kid), took the YouTube world by storm with his earnestly inspirational videos about being kind. Our society loves heroes. Look no further than the popularity of The Avengers or Batman. But Kid President is right. A true "hero" is just someone who cares.

21) "For the past decade, I've been privileged to witness what generosity can unlock. For the cause. For the giver. Generosity unlocks opportunity." - Vance Roush, Overflow CEO.

Our CEO, Vance, has witnessed firsthand how generosity can open up the floodgates of an organization or church's mission. Overflow has helped organizations achieve audacious dreams, like having a brand new building or paying off medical debt. 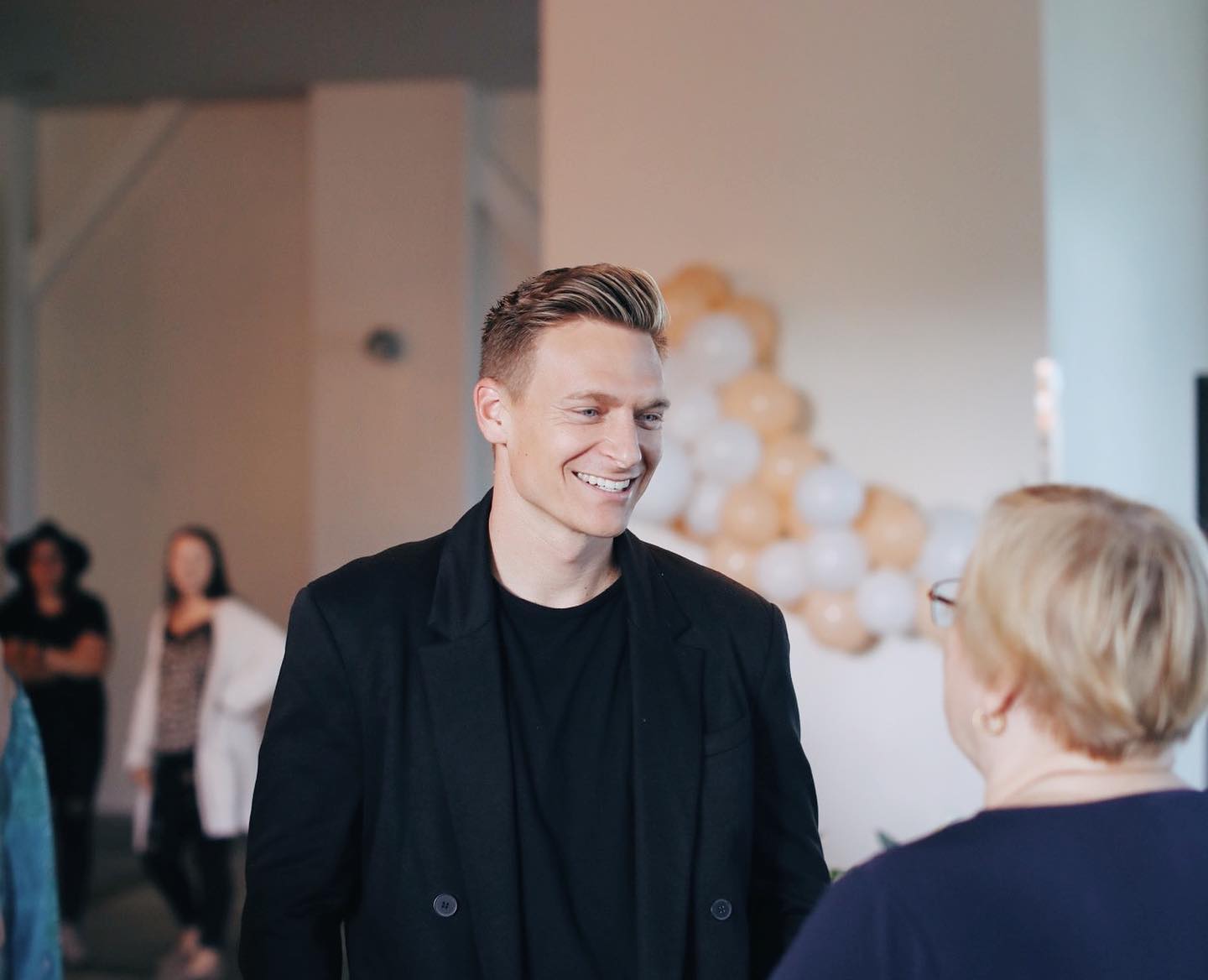 How $400k was raised in weeks: Oceans Church Case Study